What is Warsaw Heaven, I think every inhabitant of the capital knows. The multidimensional space in the very heart of Warsaw attracts with its original design and unique special events. What will happen there in the coming months? Here are the parties in Heaven that you can't miss!

"Heaven" is just one of the cult, partying places in Warsaw. See also other events in Warsaw - buy a ticket!

Half Moon Run is a Canadian formation sitting firmly in the indie pop and alt-pop climate, made up of four young men who were united by a common love for the genre - enough to decide to leave school and work safely so that they can fully concentrate on playing. Years of sacrifices and hard work have not gone in vain - today, the band enjoys a large number of fans, collects a lot of positive feedback and is often praised for its unique rhythmic solutions and harmonic, catchy melodies. 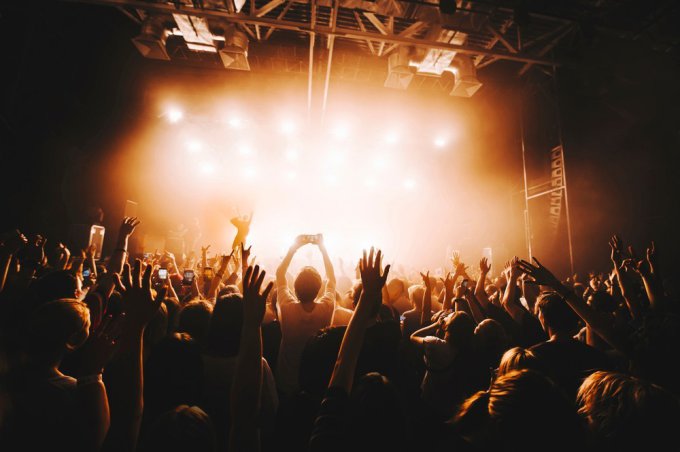 On February 24th in Warsaw's heaven you will be able to listen to tracks from their latest album "A Blemish in the Great Light", created under the patronage of legendary Joe Chiccarelli. Tickets to the concert are now available, and some of the money from their sale will go to the Plus1 foundation account. You also know what about the support - it will be played by Shey Baba, promoting her debut album "Requiem".

"In times of madness, let us dance in the name of peace and love!" - This is how the Swedish band Little Dragon, which is going to be hosted in Heaven on March 13th this year, describes their music. The Gothenburg-based band plays electronic and synth pop music and is really great at it! The formation enjoys considerable success in Poland, mainly due to an exceptionally successful concert recently played at the Chorzów Fest. At the concert in Heaven you will hear tracks from their old records and their latest single, "Tongue Kissing".

Listening to Little Dragon's music, do you feel like you already know this voice from somewhere? Bravo! The singer of the band - Yukimi Nagano - is known for her collaboration with other groups, including Gorillaz, Flume, Kaytranada, De La Soul, DJ Shadow, Mac Miller and ODESZA.

In the first quarter of the year in Heaven you will also see Rosalie with her fresh single "Clouds", coming from the artist's latest album, which will be released in the first half of 2020 - and she will certainly share the fate of the album "Flashback", which met with an exceptionally warm welcome. No wonder - the characteristic, strong voice of the artist perfectly matches the unique melodies, inspired by American R&B, hip-hop from the 1980s and... contemporary electronic music. This is an energetic, optimistic mix, which is hard to pass by!

The first pool of tickets for Rozalia's concert on the "heavenly" stage has already sold out, but tickets from the second pool are still available. Hurry up - buy a ticket and enjoy a unique concert with us!