Within 5 years, bicycle traffic in Warsaw has doubled, and the length of available routes has also increased - to nearly 500 km. The city is investing in new facilities for cyclists and wants to promote this mode of transport, because - despite dynamic growth - it only accounts for 4% of traffic in the city. Residents are increasingly opting to rent bikes and in this respect the market is facing major changes.

Over the last 5 years, the length of bicycle routes has doubled and is now around. 500 km. Nearly 50 km of new routes are also built every year, and the construction of a footbridge for cyclists under the Łazienkowski Bridge has recently been completed.

- The Municipal Roads Administration supports cyclists in various ways, primarily by building good cycling infrastructure. It's a goal we set ourselves. If the infrastructure is good, comfortable and modern, there are more and more cyclists - emphasises Artur Tondera, Head of the Sustainable Mobility Department at the Warsaw City Roads Management Board, in an interview with Newseria Biznes agency.

Cycling traffic is growing rapidly. It is estimated that on routes close to the centre it reaches almost half a thousand per hour. The Warsaw Traffic Survey of 2015 prepared by the ZDM indicates that bicycle traffic in the capital city accounts for 4.2% of non-passenger travel.

- Every year we study how the people of Warsaw move. For many years, public transport has prevailed, while there are more and more cyclists every year. In the last few years, there are at least twice as many of them as before, although in percentage terms it does not look so impressive, because bikes make up 4% of the total traffic in the city - says Artur Tondera.

In 2016 47 km of bicycle routes were built and renovated. This year, according to the announcement, 55 km is to be built. More than 65% of all bicycle paths have an asphalt surface, and since 2009 all newly built paths have been asphalted.

- This is the surface most comfortable to ride on, with the least rolling resistance. It also promotes the bicycle as the fastest means of transport in town. We are not planning innovations such as glowing bicycle paths for the time being. Such a route makes sense when there is no street lighting, e.g. outside the city. In Warsaw, the paths are generally well lit, as part of the construction of main bicycle routes on the main streets. If we lead it behind a line of trees, we add additional lighting so that cyclists feel safe," explains the ZDM representative. 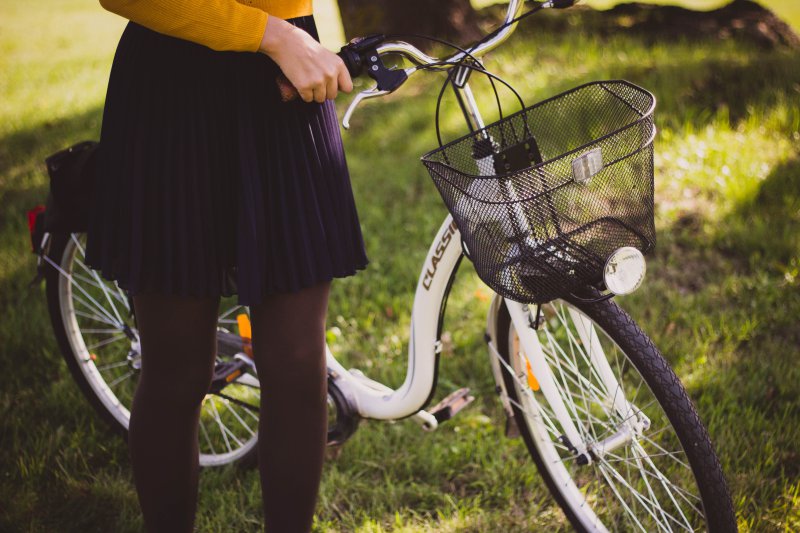 - This year we introduced a novelty. As part of the tender for a public bike, we require the contractor to have a bike pump at each of the 300 stations, not only for Veturilo, but for all bikes. We observe that it is very popular, there is good access to it and people are willing to use it - indicates Artur Tondera.

Warsaw inhabitants are more and more willing to use the system of renting city bikes. Veturilo is used by 500,000 people. Only from March to the beginning of August the bikes were rented 3.2 million times, and a total of 11 million times in 5 years.

This year Veturilo will be joined by the competition, i.e. Cross Bike, a bicycle system without docking stations, operating on a similar basis as the increasingly popular car sharing systems. All you need is a smartphone and access to the app, and you can find and leave your bike anywhere. The system has been successfully operating primarily in Asia.

- The trend of bikes without docking stations comes from Asia and will certainly revolutionize the bicycle world. There is no month for such systems not to be created in different European cities, but Warsaw will be one of the first capitals in Europe whose inhabitants will be able to ride such bikes," announces Magdalena Gromniak, CEO of Cross Technology. - The Poles are ready to accept any innovations, and with our ingenuity and stubbornness we will simply fit them together and they will be very good.

Thanks to Cross Technology, the number of mono-trailers in Warsaw will increase. In 2016 Veturilo had just over 3,000 bikes and 205 stations. The Warsaw Traffic Survey of 2016 indicates that over 62% of bicycles used in the capital city are sports bicycles, 31% are city bikes, and 6.5% are Veturilo.

- We look favourably on all initiatives that make more bikes in the city. We try to serve our knowledge and experience, when the system is launched, we will be happy to inform and observe how this idea works, so that this experience will also be beneficial for us in the future - announces Artur Tondera.

Cross Bike will start in early September at the latest. Initially, the fleet is to have 250 bikes and will be expanded depending on interest.